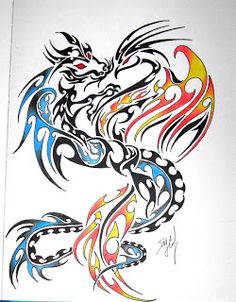 I can’t teach you what the market process is in a soundbite. It’s a vision. You must come to see it for yourself.

It’s a dance of creativity and imitation, a symphony of fire and ice, simultaneous multiple exertions of tension and frenetic activity, and resolution and restoration of calm, disequilibration that creates profits and equilibration that destroys them, an endless entrepreneurial chase that has a structure to it but is fluid and unpredictable, realized in individual actions.

It’s change-amidst-permanence, but not for its own sake. It’s not mindless “evolution” but improvement. For the economy is a unity-in-variety, and the market process perpetually deepens the complexity of the economy and enhances its unity, in its two aspects.

An innovator is a disruptor. He butchers the deer-in-the-headlights even rotators, old vested interests who pathetically imagined that they could persist in their set ways forever. He lures their factors away from them and figures out how to create a product that is worth more than it cost him. Then he watches as the flow of consumer demand is redirected away from those old firms’ boring old stuff onto his novelty.

An imitator is a ruthless warrior who raids the previous innovators and plunders their revenues and raises their costs. Symmetrically, as profits decline, wages rise. He reverse-engineers existing products and finds out how to create the same things cheaper. Prices fall, and workers get closer to — but never quite reach — getting the full value of their labor.

There is no such thing as “surplus value” that entrepreneurs maliciously steal from the workers. Innovators destined to succeed do profit, but on their heels come imitators eager to help themselves to their profits. In arbitraging them away, they lower prices, raise wages, and bring the economy closer to an evenly rotating state. Both the profit creators and destroyers are willy-nilly recruited into serving society and perfecting the economy.

Workers toil away blindly. Entrepreneurs blessedly see what is going on and, with that intellectual vision, as if rising from the slime of labor, drive the market.

If there is too much yang, imitation becomes especially lucrative. It marginally improves existing products and transmutes profits into higher wages and lower prices.

If the economy is placid, on the other hand, a bold innovator can garner considerable profits by converting underpriced factors of production into initially expensive lower-order goods. But only for a short time. His struggles are ultimately in vain. The imitators first and other innovators later will inevitably supplant him.

Both processes are pro-social, as they twist and writhe and balance each other, passionately hating and loving each other at the same time.