Re: Would Human Extinction Be a Tragedy? 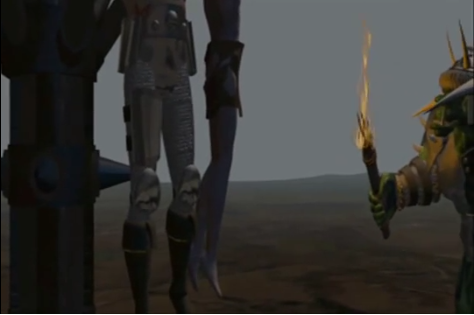 Philosopher Todd May evaluates a few arguments as regards this question in the New York Times. He distinguishes it from related but distinct problems, namely, “whether the experience of humans coming to an end would be a bad thing” and “whether human beings as a species deserve to die out.” Very well, let’s focus on this more narrow issue.

May begins inauspiciously. He defines a “tragic character” as “someone who commits a wrong, usually a significant one, but with whom we feel sympathy in their descent.” I don’t like this definition. Take a look at my “system” of human “trinities within.” Find the left column: that’s intellect and what separates us from the animals. But it’s precisely its deficiency and our ignorance and error that generate tragedies.

For contrast, find the virtue trinity in the middle row. Our personality — a “self” + “character” — is the second way in which we are different from lower animals. And this time, it is our personal vices and flaws that generate comedy. Drunkards, homeless people, cowards, pretenders, and Hillary Clinton are funny in ways decent people are not.

But on my definition, what exactly is the foul trick that cruel fate has secretly prepared for us that will cause our demise? How are we unknowingly spiraling toward our doom? May does not tell us. His main argument depends on our culpability at causing animal suffering; it does not assume that animal suffering will destroy the human race.

Continuing, May’s premise is that “human beings are destroying large parts of the inhabitable earth and causing unimaginable suffering to many of the animals that inhabit it.” That’s an astonishingly prejudicial way of looking at it.

First, humans seek their happiness and as part of doing so build civilizations. An obvious aspect of civilization-building is eliminating our natural enemies, such as beasts of prey, disease-causing insects, and wild black forests and swamps inhabited by all sorts of disgusting filth. In this formulation, the human project seems praiseworthy indeed.

Second, suppose that human beings have a right to dispose of the “earth” according to their pleasure. Then if destroying various bad or useless to man species and individual animals is morally permissible, then no case that “elimination of the human species would be a good thing, full stop” is obtained as easily as May would imagine it.

Now May’s case in favor of the death-of-the-human-race-would-be-a-tragedy thesis is actually pretty weak. He argues:

Human beings bring things to the planet that other animals cannot.

For example, we bring an advanced level of reason that can experience wonder at the world in a way that is foreign to most if not all other animals.

We create art of various kinds: literature, music and painting among them. We engage in sciences that seek to understand the universe and our place in it.

Were our species to go extinct, all of that would be lost.

Unfortunately, he treats these things as objective goods, valuable for their own sake. As a matter of fact, there are objective goods. May even (correctly) assumes so by (incorrectly) considering animals to be precisely such. But perhaps we will agree that human beings are objective goods. Arts and sciences, on the other hand, are definitely not them! They are only means to human happiness, and as such, entirely subjective. May himself counters that “if we went extinct there would be no loss, because there would be no one for whom it would be a loss not to have access to those things” [literature, music, etc.]. But he fails to take the objection seriously.

(An “advanced level of reason” is certainly one of the things that make a man objectively good; on the other hand, “reason” is an abstract noun; so it may be considered somewhat metaphorically to be an objectively good ideal property rather than real thing.)

Thus, May attacks a straw man, but he does not realize that it is a straw man. So, let’s go on by assuming for the sake of argument his mistake to be true. He asks: “How many human lives would it be worth sacrificing to preserve the existence of Shakespeare’s works? If we were required to engage in human sacrifice in order to save his works from eradication, how many humans would be too many?” My guess is that he considers this problem 100% abstractly: “how many would it be worth sacrificing” at the philosopher’s whim? In short: right now, which innocent people would you murder to keep Shakespeare? His answer, no one, seems exceedingly reasonable. He then proposes a second question: “how much suffering and death of nonhuman life would we be willing to countenance to save Shakespeare, our sciences and so forth?” I say, all of it, unless killing cows philosophically would interfere with human well-being (or farmers’ property rights). May, on the other hand, denies that “there is such a profound moral gap between the status of human and nonhuman animals.” Shall we agree to disagree? Or shall we condemn May as a moral idiot? You decide.

On correct understanding of objective goods, the relevant question would be very different: “how much suffering and death of nonhuman life would we be willing to countenance” to increase both the human population and human happiness? Yet this is precisely what May does not ask.

But May is not finished. He draws a distinction between the means to his end of destroying mankind: (1) killing everyone who now exists and (2) preventing future human births: “preventing future humans from existing does not introduce such suffering, since those human beings will not exist and therefore not have lives to sacrifice.” But if (2) is so much better than (1), then there is a superior solution: let’s find all the wild animals, neuter/spay them, and release. No excessive suffering will be introduced via such a laborious procedure, but animals will shortly cease to exist. Let’s further all convert to vegetarianism, however unpleasant it might be, and do likewise to domesticated animals. Let’s finally keep the few essential species such as bees around to keep plants growing. Animal suffering will speedily be eliminated to May’s aesthetic gratification along with the animals themselves. He himself points out that “nature itself is hardly a Valhalla of peace and harmony. Animals kill other animals regularly, often in ways that we… would consider cruel.” Alright, let us then purify nature to reduce its cruelty. Why, in short, must we humans disappear as opposed to lower animals?

In other words, if it’s us or them, doesn’t it make some obvious sense to side with one’s own kind?

Suppose further that mankind did die out. Our cities would be slowly blotted out within 100 or so years and become repopulated with animals, predators and prey alike. The more animals there are, the more killing and death (including from “old age”) there will be. May’s plot to decrease the “devastation of the lives of conscious animals” would be straightforwardly undone.

Also, if Christianity is true, then once man is destroyed, the universe, including animals, will have, from the divine point of view, no purpose. It is likely that God will simply take it out of existence.

Here’s my final argument: in a few billion years, the sun will burn out and destroy the earth along with all animals and even plants. But only without humans. If we stick around, our civilization may advance so much that we’ll be able to build an artificial sun or move to a different planet and take all the animals with us. Insofar as animals care about their offspring, might not they appreciate us as the source of their salvation?

My guess is that May does not actually care about animals. Like agent Smith in Matrix, he thinks:

Every mammal on this planet instinctively develops a natural equilibrium with the surrounding environment but you humans do not. You move to an area and you multiply and multiply until every natural resource is consumed and the only way you can survive is to spread to another area.

There is another organism on this planet that follows the same pattern. Do you know what it is? A virus. Human beings are a disease, a cancer of this planet.

May does not love animals. Instead, like the devil, he merely hates humans.

Slavery, they say, is wrong. But can you prove it? I can, and do, in this book, as a small part of building a metaethical system. You will learn what is good -- or rather what good is; why murder is wrong; how morality motivates; and a whole lot of cool things in this vein.

Capitalism, they say, contains in itself the seeds of its own destruction, because the general prosperity it creates finances the emergence of a leisure class of intellectuals whose main occupation is denouncing capitalism. G.A. Cohen was one such miscreant. For the health of society, he must be bled. And by the end of my book, he is an exsanguinated corpse.