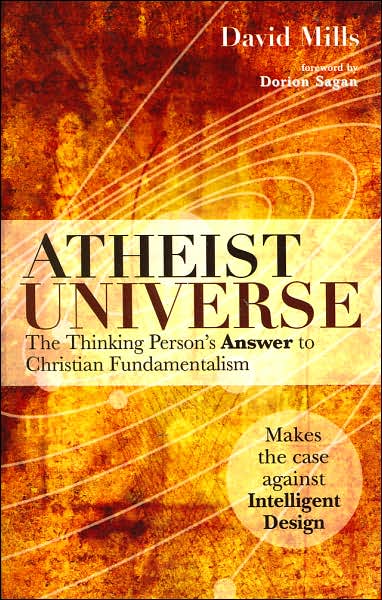 In his Atheist Universe David Mills is asked by an interviewer: “But why so many people believe in God?” He replies: “Because, again, they were taught to believe as small children and because almost everybody they know believes in God also. We should recognize that all children are born as atheists. There is no child born with religious belief.” (29)

Well, shiver me timbers. If this generation were taught to believe as children by the previous generation, how did that previous generation itself come to believe? Were, they, too, taught by their parents? And the latter by theirs? Are we not having an infinite regress here, a favorite atheistic trick? Surely, we must at some point come to a time when Christianity was confined just to Jesus’s 12 apostles. They were not taught by their parents, were they? Nobody they knew were Christians. Why did they believe? And how did Christianity spread and increase in influence generation after generation, often against impossible odds? Why, for example, did so many people die for their faith? These are the questions Mills should be asking.

Now Mills might reply that having gained so many followers, Christianity has become self-sustaining. Yet he himself writes, correctly, that “We tend to believe that, once knowledge has been acquired and technology developed by man, these gains are ‘locked in’ and the future will only build upon these past achievements. But history argues forcefully against such an optimistic assumption.” (49) The very same point applies to any religious tradition. Truths about God, whether of reason or faith, must be relearned and defended and taught anew by each generation. One slip, and it’s all over.

Thus, secondly, Christianity has been around for 2,000 years, and Judaism for thousands of years longer. Why, I want to ask Mills, has the Church endured for so long? It would have taken a single generation that mostly refused to believe, and Christianity would have withered, contrary to our Lord’s proclamation that “on this rock I will build my church, and the gates of Hades will not overcome it.” (Mt 16:18) The Church has continued triumphant, and its teachings have been preserved and deepened. How?

Mills pleads that “all children are born as atheists,” as if it meant something. Well, all children are born not knowing their parents’ names, that the earth is round, that 2 + 2 = 4; in fact, they seem to be born with no knowledge at all. Should they therefore stay ignorant? Or should they learn as much as they can, including about God?

From the Vault Redux

NAP Requires a Theory of Property and Justice

The non-aggression principle cannot be a primary concept in libertarianism, because determining what constitutes aggression presupposes a theory of property and its just and unjust acquisition. Stalin might argue that Solzhenitsyn is his slave, that he belongs in the Gulag by right, and that any attempt by him to escape is aggressive violence. Thus, in this example, establishing self-ownership is prior to deducing the content of the NAP.

From the Vault Redux

Tar and Feather the Politicians?

David Friedman has authored a penetrating article on how game theory can help escape the Hobbesian jungle. In it he uses the notion of Schelling points to make his case. A Schelling point is (in

Arguments for God's Existence From the Vault Redux

A Proof of God’s Infinity

One of St. Thomas’ proofs of the infinity of God is this: Again, an effect cannot transcend its cause. But our intellect can only be from God, Who is the first cause of all things.